You will start with a male character living with his sister, during a special night you met an older woman which becomes your girlfriend. You also have a friend (which you can choose the gender) who is the only person that you really trust. As the story goes on, each of those characters will play a part in your transformation.​

Fixed:
– A few issues related to UI and div.
– A few misplaced options over the story.
– Issue withe Master/Mistress online.

You’re not the first person to miss it. It’s called the “Robot” which is a parody on Android (phones) but I think most people assume it’s literally a robot. You can’t buy it at the start of the game, though.

Maybe this is a good time to post a small walkthrough/guide I put together while I was playing last month. It’s mostly obvious stuff, and is lacking because I didn’t explore all the game’s content, but should be useful to some people. Let me know if I missed anything important.

SPOILER
– Dare board: If you started with the “Mommy’s Little Boy” option, you’ll have early access to the Dare Board game (normally you have to wait and buy a “Robot” at the mall, weeks into the game). But you don’t need to rush through it or prioritize it. It’s not that connected to the early parts of the game.
– Jobs/money: You won’t be able to sign up for all of the jobs until the 28th day. Jobs are a source of money to spend on things to complete tasks. But the game is usually patient or forgiving if you don’t have enough money on short notice; you won’t be permanently locked out of content. Still, try to earn money whenever you can. Besides your job, later on you’ll be able to earn small amounts of money at the Clinic and the Closet when you have free time.
– Arousal: The main use of high arousal is to complete dare board tasks. High arousal is usually a side effect of raising your sexual skills. Its drawback is that it makes you more likely to fail your sister’s task, or fail to raise your intelligence or a job skill. As a bonus, if you fall asleep at max arousal, usually your intelligence will fall 1 point, and you’ll be able to choose whether to get that point back or raise a different stat instead. Lower arousal back down regularly by either masturbating to ejaculation, or playing a game, which are only possible later in the day. Keep in mind the full arousal meter is actually bigger than the 10 icons that are displayed.
– Recommended daily flow for the early game: Clean house if your job is maid, or The Course if it’s another job -> Today’s task from your sister, if it’s available -> Study: General topics (with meditate too, it’s possible to max intelligence after around 10-20 days, at which point you can switch to another skill, prioritizing the Hairdresser skill once it’s unlocked) -> Gym if you want to raise strength -> Meditate (only until intelligence is maxed) -> Job -> Lower arousal if you have time. If you’re low on time because you had to talk to or meet a character (or any other activity) you should probably prioritize making money and your sister’s tasks.

SPOILER
– Girlfriend: If you skip talking to the girlfriend on Wednesday, she’ll refuse to visit you on Saturday, thus delaying everything by a week. Otherwise, most Wednesdays you’ll be given some task, often buying something from the mall (it will show up in the list once she tells you about it). On Saturdays, resisting doesn’t have any effect on how events unfold or how your girlfriend views you; it just lets you raise your willpower, possibly raise your rate of MtF transformation, and possibly receive a chastity belt as punishment.
– Best friend: The early conversations with your best friend are optional and don’t affect much besides your willpower stat. Depending on your choices, she has more of a role later on.
– Sister: You can choose her personality initially. If she’s the evil sister, you also need to do tasks for her to avoid losing money, but it’s not hard. Regardless of which sister personality you chose, she suddenly turns nice around day 28 (assuming you didn’t put off the girlfriend’s scenes). If you want to experience her non-repeatable content, after you start to transition and raise your sexual skills, do her tasks so you can spend Friday night with her and then click on the bottom-most options.

SPOILER
This numbering is based on the assumption you don’t put off the girlfriend’s events.
– Day 20: Sneeze n’ Cold opens at mall.
– Day 28: Clinic opens, player’s MtF transition starts. Cloth n Clothes at mall replaced by Hey Pretty Lady. Femme Desire at the mall and the VIP area of the Closet are accessible once you increase your breast size, I think.
– Day 31: Start of the final training arc with the girlfriend (asked to pick between 3 different stories from her).
– Day 62: The day you can break up with the girlfriend, if you have 15 willpower and choose “It’s over! I’m dumping you!” (Note that if you start with neutral willpower, it takes a minimum of 25 days to achieve willpower 15.) If you broke up with her, then Dominance Online becomes accessible, and dates with the best friend start. No matter what, Wild Snu Snu opens at mall.
– Secondhand info I may have wrong: To get a pussy, you need to break up with the girlfriend, and then do all the mistress’s/master’s tasks in Dominance Online to obtain the catalyst. To get extra large breasts, you need to work at the clinic, or you need to disable cuckold content at the start and then complete the sissy school. 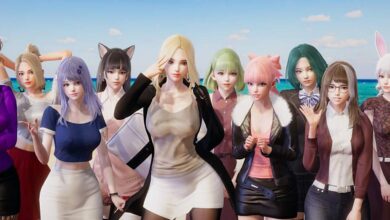 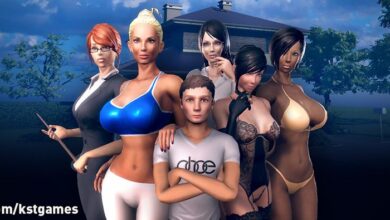 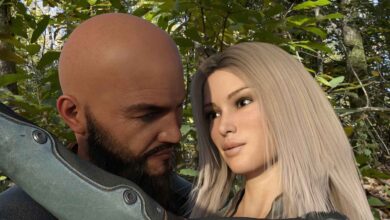