Hidden away in a back alley an android awakens from a long sleep. Little does she know it, but buried in her code lies a program that will have every person of power in Vortex City looking for her.
The futuristic sci-fi city is split into three equally dangerous districts. Despite the dangers, many are drawn to the promise of fame and fortune including humans, cyborgs, androids, and more.
Will our little android survive in a future she never thought she would see? What sort of trouble will she find herself in? Will she find love? Or will she prefer to pursue lust and debauchery? Maybe even both?

You play as a female android protagonist. She will assume a human appearance to fit into the city life. Her name can be changed from the default. Being a sandbox style visual novel, you control the game’s progression. You can choose to follow the main story or spend some time exploring the city for side quests, doing jobs, finding lovers, etc.

SPOILER: Change-log v0.11
TLDR: Augment System! New Echo Scene! New Echo Quest! Bugfixes And More!
– Added the Augment system. Visit Chuck after paying off your debt to purchase and activate/deactivate augments. They are very expensive.
– Overclock Systems Augment increases the stat cap to 20.
– Vision Perception Upgrade Augment will show romance character’s friend and love values when romancing them.
– Micro Fusion Core Augment increases maximum battery from 6 to 12.
– Pheromone Emitter Augment increases the base seduce value by +50% when using the Seduce command in combat.
– Reinforced Chassis Augment increases the base defense value by +50% when receiving damage in combat.
– Hydraulic Recoil Dampening Augment increases the base damage value by +50% when using the Attack command in combat.
– Leg Joint Servo Upgrade Augment increases the base speed value by +50% when using speed related commands in combat.
– Added an option to increase all stats to 10 at once to the cheat menu.
– Added a similar option to increase all stats to 20 if Overclock Systems Augment has been purchased.
– Updated stat gain code to much cleaner code. Let me know of any errors.
– Updated the stats menu on the main map screen to display exp up to level 20 if the overclock augment is installed.
– Added text to the stats menu that will tell you when the stat has reached the maximum level. (Click on the stat name.) Level 10 in a stat will display the max level text if the overclock augment is is not installed, otherwise it will display at level 20.
– Added a new scene for Echo. This scene has a new option that lets you view the scene from another angle. Currently the only version of this scene is for the female MC with strap-on. The futa version will be added in the next update. I didn’t have time to finish the renders, sorry.
– Added a new quest for Echo. This becomes available after all of the current main quest is complete and Echo’s love stat is 50+. This quest will eventually lead to the ending involving Echo. You will see a warning when you hit the no-turning-back point. (No-turning-back point not in this version.)
– Changed the quest log text involving the hints for the endings. There are no longer previews/spoilers of what the endings will consist of. (It was just minor hints anyways.)
– Capped love interests’ love values at 100.
– Fixed several images/animations from v0.10 that had clipping and/or poor quality.
– Fixed Helga and Nexus scenes not giving love points or charisma exp.
– Fixed a visual error in Echo’s gallery where the 69 scene icon didn’t show when the scene had not been unlocked. (The hint option was still there if you clicked on the space it should be in.)
– Added something secret. Glory to Mankind. 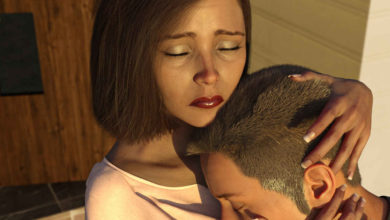 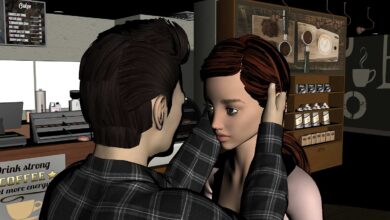 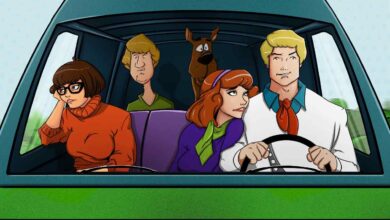