Our Protagonist (Rainn Nichols) has just moved to New York with her mother after her father vanished into thin air. Left with little more than a paycheck to live on and a broken down truck to move them around, our protagonist is uprooted from her home and now ex-boyfriend, forced to live in a motel on the wrong side of the Big Apple. This is where she meets our other protagonist (Logan Knox), the red-haired guitarist and founding member of the virtually unknown instrumental metalcore band, We Were Just Kids. Made up of himself, bassist Jason Butler, and drummer Reagan Lee. What begins as our protagonist joining the band on the fly for a school talent show swiftly evolves into the quartet being thrusted into a spotlight of sex , drugs, music, fame, love, and perhaps death.

Not everything is as it seems on the surface. The corruption of music, the lack of balance in the industry’s power dynamic, and the temptations of stardom all test the unity of the band as past relationships come back to haunt our protagonists. Can they handle the heat of the spotlight, or the pressure of sudden fame? Can our protagonists operate through the weeds? Or will they crumble like the many before them?

v0.3
A note for anyone planning to review/critique the first part of the VN: The first three chapters (443 renders or so, iirc) are being re-rendered as I’m typing this. Better quality, far better lighting, and just the general touchups that’ve come with a better understanding of Daz over the months. Some of the early sex scenes will be either outright removed or rewritten. As already mentioned, this will likely come in two updates. 0.3a and 0.3b (and possibly 0.3c, if needed.). 0.3a will be made up of new renders that don’t need to have the scenes rewritten. 0.3b will be made up of renders that had their scenes rewritten. Both versions will rework the audio normalization levels, as well. That’s all I wanted to note, though. Onto the actual changelog.

– All Music and SFX should be/are significantly louder for 0.3. Adjust your audio accordingly. They’ve all been normalized as well. I can’t account for every and any speaker out there, so you should probably start out lower and work out a volume that works for you. Working with Audition is making my life a shit ton easier as far as audio goes. All music is going to be redownloaded, normalized, and altered as needed throughout the reworking. As an aside on 0.1 and 0.2, I just realized that I did show the original hotel room again 0.2. There’s likely going to be some level of inconsistency with those scenes, but I’ll cross that road when I get to it.

– Fixed issue with choices and following responses not registering (Reagan park scene, Leigh, etc). An oversight on my part. I had already packaged 0.2, noticed the issue later and fixed it, and thought I had re-packaged 0.2 with the fix on it before uploading it. I got a few reports and tried to replicate the issue people were having, but wasn’t getting it. Reason why was because I’d already fixed it, but everyone else had the version missing it. Big thanks to Hordragg for both pointing the issue out and thus helping realize what was happening, along with helping clean up the code a bit! Might’ve already mentioned it somewhere else, but would like to thank m0us3r for point out some typos that I (inevitably) missed along with a bit of code that made it easier to hit the start button as it was likely giving some users trouble.

– I’ve gotten all the typos I could find after multiple passthroughs, and I’ve gone through most of the branching choices and didn’t notice anything out of place. However, if you notice something or find a missed bug/choice/option/etc, please don’t hesitate to comment here, DM me on Twitter or anywhere else you can contact me.

– Have a new main menu video/screen. Will likely start fixing up the menu image buttons, as well. Will likely take off the help/option buttons on the main menu, as well. Was thinking silver with a hint of blue over them. I’m also (clearly) enjoying the use of AE/PP in some of these renders.

Download
Features & How to install Mod?
Here’s the patch for anyone else who wants it. Just download and pop it into your “game” folder like you would any other patch. Shouldn’t need to be updated, either. 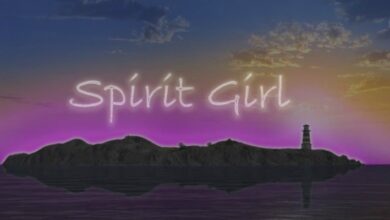 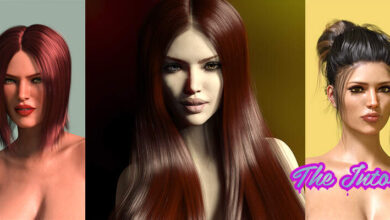 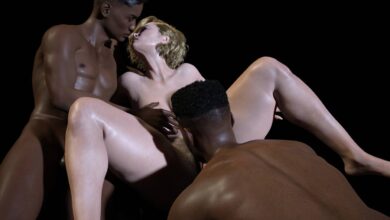 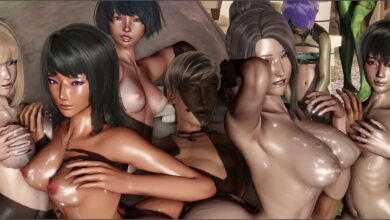