Haremon is a game about assembling a team of monstergirls and training them to fight evil… as well as seducing them along the way. There’s also titties, so there’s that!​

Patch 0.35
Added the rest of Chapter 4. This includes:
– A new story quest line
– A brand-new Haremon, with partial voice acting, and her selfie. Her basic H scene, Lover H scene, and bonding scenes should be added in the next build.
– A new Awakened Haremon, with complete voice acting and an H scene (unlocked during the story).
– A new dungeon with several minigame events
– A new boss fight that introduces tons of new moves
– A new miniboss
– New monsters and recolors
– New items, recipes, meals, etc.
– Over 50 new techniques, and a few new kinks

– Replaced Ash’s selfie CG with a new concept, with completely new art and text.
– Added two new sidequests, obtained during chapter 4.
– Added a new feature: Vengeance. Enemies and Haremon both have a chance to become Vengeful when an ally is KO’d, making their next attack devastatingly powerful.
– Added the rest of the chapter 3 Awakening’s voice acting.
– Updated the game’s music to use a higher bitrate and stereo playback.
– Added new art for the restaurant and downtown.

– When viewing a selfie text in your text messaging app, you can now press a button to expand the images.
– Halved the amount of Star Shards you drop on a game over.
– Greatly boosted the amount of shards from defeating bosses (except in VR). The boost is equal to an extra 100% x the boss’s chapter.
– Haremon’s Affection will now slowly fall the longer they are left in the Ranch. It can’t fall below the current Relationship rank, however. This can be slowed greatly by selecting the Relax option.
– Added a letterbox effect on mid-battle cutscenes.
– Changed the name of the Bleeding status to Bloodied. Piercing attacks no longer deal Technical damage on Bleeding targets. Instead, Piercing and Crushing now deal massive damage against Sleeping and Confused targets.
– Added a Battle Module to replay the elevator fight from chapter 3. You can find it the HQ labs.
– Nerfed Flinch. Haremon and monsters can no longer flinch if they’ve already flinched since taking their last turn.
– Added an option to pause audio when the window loses focus.
– The save/load menu now lets you move the selection from the top to the bottom and vice versa.
– Added a new debug command, “unlimitedpower”, which removes the limit for equipping techniques. Use again to toggle off.

– Fixed a crash that could happen near the end of Chapter 2 if you have less than 3 Haremon in your party.
– Fixed a bug where having one of your Haremon faint in a certain chapter 4 battle would end the battle and count it as a victory.
– Fixed a bug where enemies could use Manipulation techniques they shouldn’t be able to.
– More stuff that I forgot to write down at the time 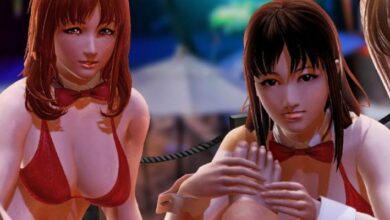 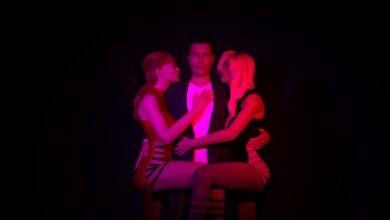 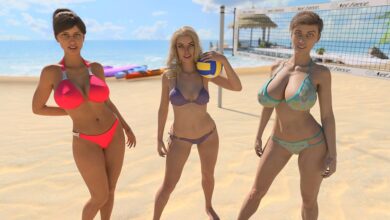 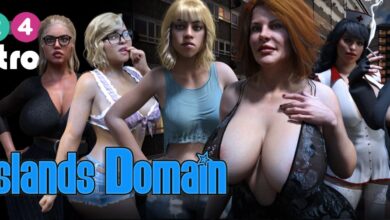