The Office Wife you play Stacy Jones, recently married and newly employed at a fairly typical office job. When a mysterious amulet lands in your hands, however, your life begins to radically change. Consumed by desires and impulses you’ve never felt before, you’re soon wearing less and less to work and indulging not just your new husband, but just about any man who wishes to partake.​

V.0.83 Public Release
Finally! Here’s V.0.83 Public Release! This one’s been a long time coming and has a ton of new content and changes.
On top of the many scenes (a mostly-complete list can be found in the walkthrough), I made a number of bug fixes, changed the dialogue system, and updated the map for Stacy’s apartment to better reflect the actual layout. Not counting the new character images, there are nearly 500 new renders and 39 new animations. Believe it not, this is only one part of the current story arch. There are many other pieces to put into place that will come in the next release.
There have also been several fixes added since the PRERELEASE last week. These include adding in missing image files, fixing the Simon scene (where it would repeat), fixing a few issues with Stacy’s new apartment (which would cause her to spawn inside unpassable furniture), fixed the solo gym shower scene, added a cumshot scene to the final scene of the release (Doug Dinner), and several other minor changes. It should (knock on wood), be running pretty smoothly.
Save Slot 35 starts where the previous release left off (beware that installing the patch version will overwrite older saves) and the other saves are from various points throughout the game. 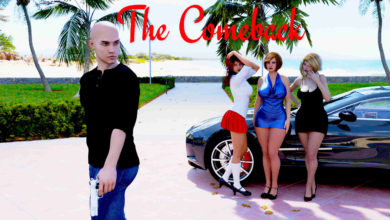 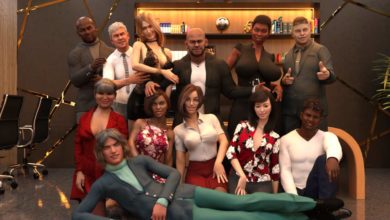 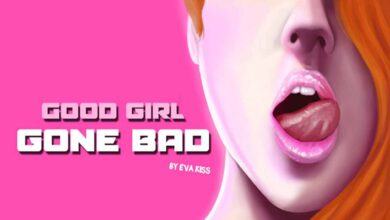 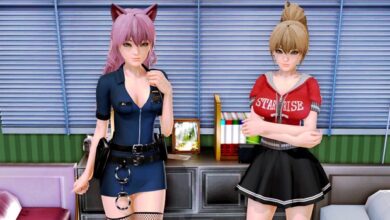