Dear friends, the day has come! It is with great pleasure that I present you a demo of my new project. Some may consider it to be a remake of my very first game – “Bright Future”, that many of you liked. The new game is called “Bright Past” and is also based on the concept of an open-world sandbox with a main storyline. However, this time we are doing it on a completely different level! In the current version you can meet the main characters, learn about their background and game setting in general. As you can see in the screenshot, the game will take place in the modern world. The main character will be a girl. The genre of the project can be described as a sandbox with elements of the quest an RPG.​

Bright Past v0.95
Alex will be able to visit Barbara at work and learn her next secret. In a hot new scene, Barbara will help Alex discover new secrets of her own body.

Now Alex can relax in the kitchen. Fresh vegetables will help with this.

Trucker Magnus will be able to talk Alex into closer contact.
A food cart appeared near the bus stop. A juicy hot dog will help satisfy your hunger. + Hot dog eating scene.

New scene with Leo. Now you can have fun with him right in the forest.

Sarah’s secret business. What leads to the thirst for easy money …
Small nude scene with Ruth in the dance studio
Depilation scene in the bathroom of the shelter
Smoking scene next to the house

Picture of Jane in the yard
1 new bonus card.
In the music store you can hear the music played by Owl
Slightly updated appearance of the rector of the college
Interface changes and improvements
Bug fixes and some minor gameplay improvements.

Download
Features & How to install Mod?
Installation:
Unzip the mod and put the folder named “game” from the mod in your Main Game folder and replace if asked.

Copy the cheats.rpy into your “game” folder, start game.

Obviously you can just run the console commands yourself without using the file but I like having hotkeys. 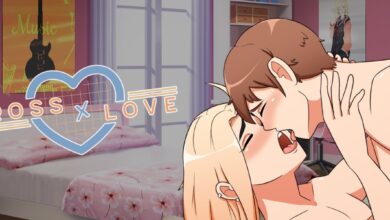 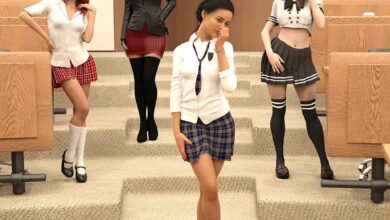